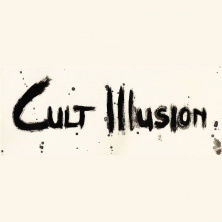 Band - We had a few gigs and had really fun but want more since we released our album Polemic last year.

See all the offers of Fabrice
What we offer

Cult IIIusion is a four piece band consisting in its current form, which was composed in early 2013 of Fabrice Jobin (Bass), Leon Zehnder (Guitar), Benjamin Grundmann (Drums) and Thyl Hablitz (Vocals). Influenced by various artists and genres the quartette diversifies its music by blending hard-hitting, heavy sounds with progressive, atmospheric interludes. On their debut LP "Polemic", which was released online on september 15th, 2015 one can get a grasp of their balancing act between tranquil contemplation and technical versatility.

Bands we like:
Meshuggah, Ion Dissonance, War from a Harlots Mouth, Job for a Cowboy, The Dillinger Escape Plan, Cult of Luna, Gaza, Opeth, Decapitated, The Acacia Strain