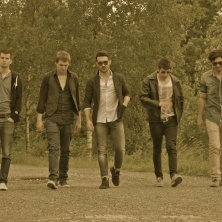 See all the offers of Nicoló

The Bands offers an original music that is able to reach a large number of listeners, and the consequent variety of music tastes. The mix between multiple genres - rock; pop; electronic; funky; soul - homogeneously flows during the concert, creating melodic, dynamic, and energetic environment.

Setlist
- Call
- Keeping the Dream Alive
- Give Me Something
- Running In The Dreams
Biography
Kolumbia is a music band from Lugano, Switzerland, formed in september 2012 by long time friends Nicolò Martire and Amos Fasoletti. Nic and Amos started to play and write some songs together in 2007.
The initial concept of the song was good but the band still needed a bass player and a drummer to complete the lineup and give real life to their own composition.
After a casual meeting, Marco Saltamacchia joined the band as a bass player. The search for a compatible drummer was a real pain in the ass, but after a few auditions with different people, during summer 2012 Dario Gasparini joined the band as the drummer.
In december of the 2013 they started to play in and out the city.
In March 2013, Giacomo Allegrini enjoy the band as the band's keyboard player.
In 9 months they have done more than 12 concerts, including “Palco ai Giovani”, “Melidestate”, the “Living Room" .
Press picture