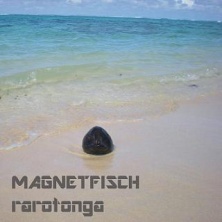 See all the offers of Timothée

Magnetfisch are specialists for instrumental pop music, combining synthesizers and guitars to their very own music style.

and more!!
Biography
At a New Model Army Gig in 1998, Patrick and Timothee decide to found a new band. In summer 2001, they record the first Magnetfisch full length album "Fruchtkoenig" at Marco Liechti's "Luce Studios". 2002 Rolf Althaus joins in as a bass guitar player.

In 2010, they first release their EP "The Early Years 1"), a selection of seven songs from the starting period of the band, followed by the EP "some very old songs". With Benjamin Stoll, they record their third EP "The Chexbres Trilogy" in spring 2011, and then "Rarotonga" in fall 2012. In an intense collaboration, remixes and reworks are regularly being made by Swiss dark techno/house video artist The Web () and Australian singer-songwriter CXXXVI. Magnetfisch are currently preparing for gigs in Switzerland 2013, as well as working on their next release in 2014.
Press picture
Press Book